You may recognize this drawing from an earlier post.  I just did a quick color-pass with Copics to add a little zest.  I mean it when I say “quick”, ’cause I know it’s not perfect.  My favorite thing about Ghost Rider 2099 is that the flames around his head are supposed to be holographic.

Posted in Practice Pieces, Robots For All

In case you were interested, here’s another drawing of the BEST Ghost Rider concept, Ghost Rider 2099.  I still think this was the best version the publisher ever came up with, and fun to draw too…

Remember Ghost Rider 2099?!  It was awesome.. well, at least for the first 3 issues or so.  However, it started out with fantastic art, and I absolutely loved the initial design of the GR warbot.  I’ve always meant to come back and just have some of my own sketches of that particular robot in my sketchbook.  So, here’s one I did the other day.  I’ve never been into the whole paranormal aspect of Ghost Rider, and GR 2099 went in a totally different direction, involving the internet, paramilitary operations, and government conspiracies.  I think if Ghost Rider now had more of what Ghost Rider 2099 had back then (this series came out in the early 90’s), I’d be picking it up.

I’ve been working on this story with another comics creator.  Drake wrote and I illustrated, built, and animated this interactive illustration.  We created the characters together. 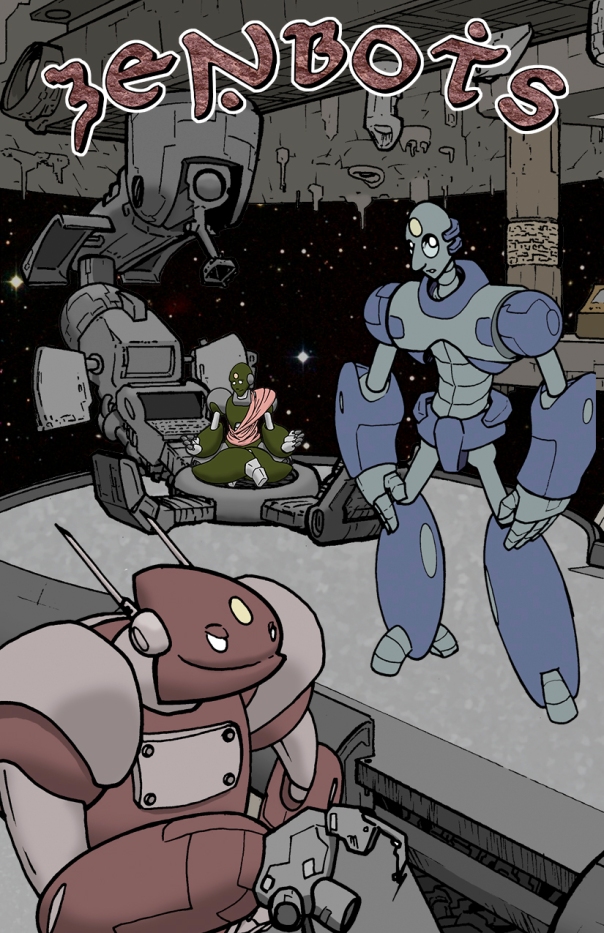 Posted in Classwork, Digital, Robots For All

Capetti is damaged but still in the game.  Here’s a quick drawing of her in motion, probably going to smash in some evil robot’s awesome, chrome head.

Posted in Robots For All, Sketchbook, Spacesuits Required

As I polish up character designs for the next story, I’m getting pretty happy with the new look for Capetti.  Originally, I wanted her to be very tough and muscled.  After the reader reaction to the first story, though, I’ve decide to make her more petite, in the hopes that the new look comes off as more “feminine”.  So, here’s a preview of the violent, damaged, robot-chick that is Capetti: 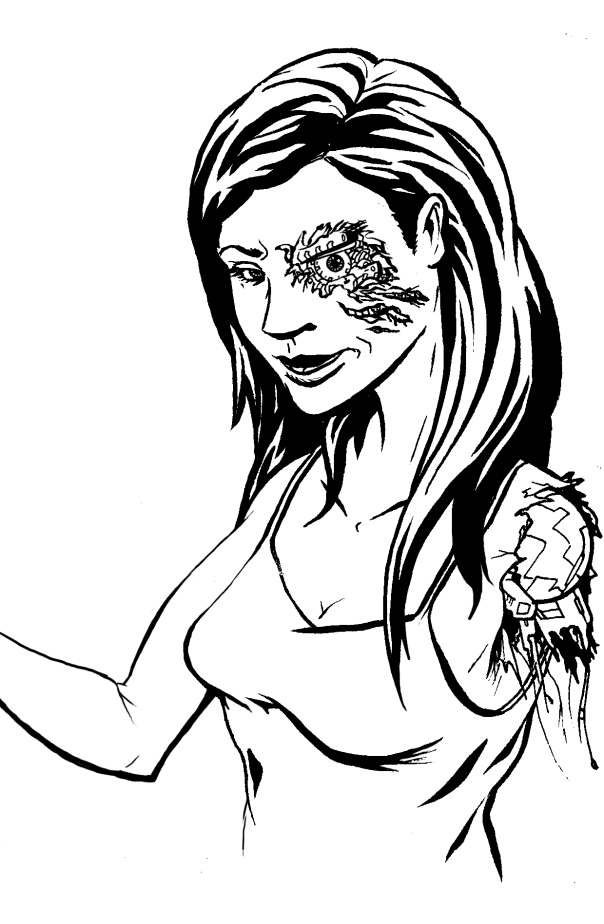 Capetti gets her groove back.

For those of you who follow my sci-fi stories from Figments (go to figmentscomics.com for more details), you saw the character Capetti lose an arm and part of her face in the last installment.  S’alright when you’re actually a robot. Well, she’ll be back soon, and with a surprise…

Here she is out of armor, getting ready to snap into action.  Or maybe she’s contemplating how nice it was to have all one’s appendages… Anyway, I did this sketch while riding home on the train.  I’m pretty sure I scared the elderly lady sitting next to me.  Mission accomplished.